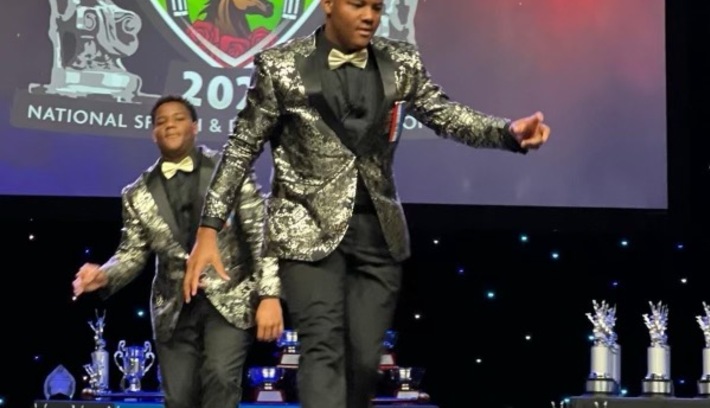 East High School Students Among Best Orators in the Nation

Thousands of the country’s most gifted high school speakers and thinkers converged in Louisville, Kentucky for a week last month at the 92nd National Speech and Debate Tournament to see who among them would be crowned the most compelling orators in the nation.

Two young men from Park Hill and the team they represent from Denver East High School are now counted among the very best the nation. Elias and Elijah Goss were among 10 advancing students from East at the tournament.

After a full year of shutout tournaments in which the sophomores went undefeated in their speaking category, the Goss brothers helped their team secure top status at the tournament with a sixth-place finish in duo interpretation, a place on the final round stage, winning tournament fame along with full-ride scholarship offers to Division I schools.

“This activity isn’t all about speaking, it’s about learning how to live and how to access your power,” says Noah Kaplan, program director at Denver East High School. “All the while, being judged and ranked by coaches, parents and members of the public.” 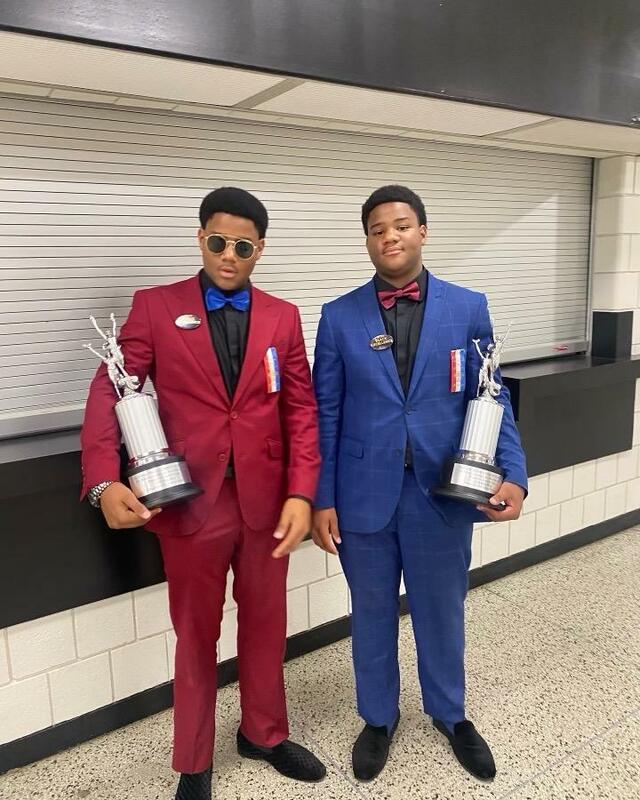 Both competed in a category in which two speakers perform a play together, but the catch is the students cannot look at or touch each other. They must imagine their own staging, transitions, characters, and message all while entertaining and captivating the audience. This year, their speech used the symbolism of a circus, to describe the experience of being Black in the United States, and the soul it takes to survive and thrive here. Black panther trainers, circus clowns, tight rope walkers, and the grand finale combine to tell a story of creativity, resilience, and strength.

The Goss brothers performed this speech 15 times for more than 50 judges and found themselves as the only all-black duo on the final round stage, performing in front of thousands. When introducing their speech they stated:

“Last night we slept on the southern shore of the Ohio River. This river divided the North and the South during the Civil War. This means that only 160 years ago, if we were to be standing on this stage in Kentucky, it would probably have been to be either sold, or hanged. But today, we stand before you on the greatest speech and debate stage in the country, an example of Black excellence in a majority white activity, to show that this history, and these circumstances has made the black community strong, creative, and resilient.”

For those who know and love speech and debate, it is a uniquely American institution almost a century old. It is a team activity where the better the individuals do, the better the team does.

Some find themselves acting out great plays, some will be tasked with preparing a speech that addresses a pressing issue in society in under 30 minutes, some debating current events. In all events, students must be well-researched, poised, thoughtful, creative, engaging, patient, and willing to grow based on judge feedback. The activity can be life changing, reminding young people that anything is possible if you have the right words and you know how to use them.

“This year, despite a global pandemic, these champions showed that shuttered schools couldn’t stop them from sharing their message. We can’t wait to learn what comes next for these future leaders,” says J. Scott Wunn, executive director of the National Speech and Debate Association, the largest interscholastic speech and debate organization serving middle school, high school, and collegiate students in the United States..