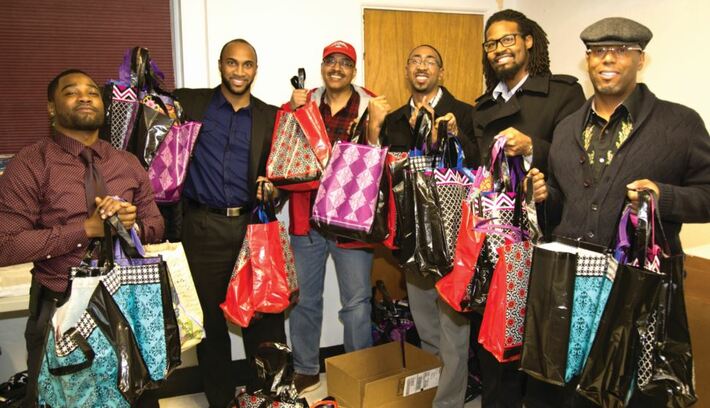 Urban Dictionary: Definition of philanthropy - The love for mankind 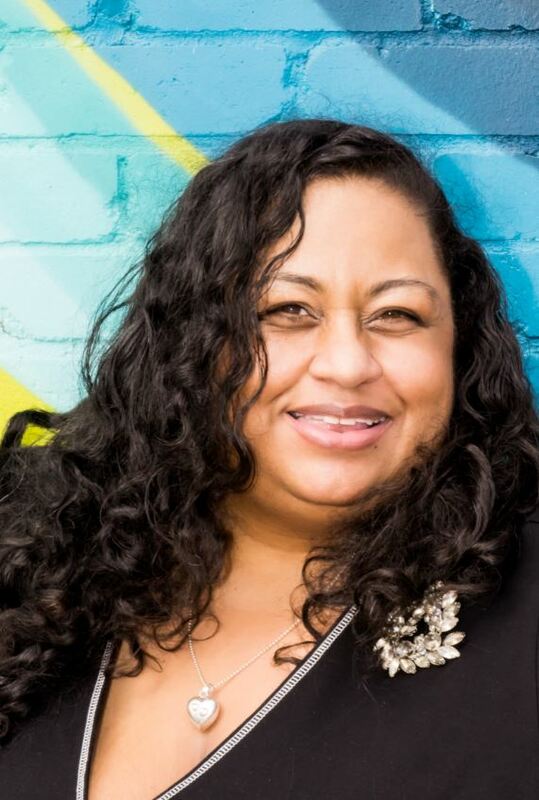 For many, the word “philanthropy” conjures up images of couch-wide, cardboard checks presented to someone on stage or at a banquet in front of a sea of half-eaten plates of under-seasoned food. Some people believe it’s the ceremonial transfer of cash from the wealthy “haves” to the poor “have nots.” However, historically, the Black community has demonstrated that philanthropy is so much more than money.

As the director of the Black Resilience in Colorado (BRIC) Fund, philanthropy is my career, and it is also my calling. BRIC is focused on ensuring that Black-led and serving organizations are strong, sustainable and positively impact the communities they serve. Our definition of a philanthropist is simply a person who desires to make their community a better place by giving one or more of their “5 Ts:” time, talent, treasure, testimony, and social ties. And, if you’re part of the Black diaspora, you're a philanthropist, too. It’s in our DNA. Whether it’s adding to the collection plate on Sundays, handing out tin foil-covered plates of food to-go, or giving an elder a ride somewhere, nurturing our neighbors is deeply rooted in Black culture.

Plus, there’s data to prove it. A joint 2012 study by the W.K. Kellogg Foundation and Rockefeller Philanthropy Advisors called the “Culture of Giving” found that Black households give on average 25% more of their income per year than white households and nearly two-thirds of Black households donate to community-based organizations and causes up to a collective sum of $11 billion. That’s right, I said billion.

Our history shows us that ‘We love us for real’ in a manner that is sometimes subtle, sometimes bombastic, often unseen, much appreciated and always worthy of celebration. August is designated as that time of year to celebrate Black philanthropy in Colorado – although arguably, philanthropy is embraced and celebrated every day in the Black community. This month, however, we’ll celebrate and also elevate our abundance by shining the light on the special role and impact Black philanthropy has across the country and beyond.

The History of Black American Altruism

Created in 2011 by Dr. Jackie Bouvier Copeland and the Pan-African Women’s Philanthropy Network (PAWPNet), Black Philanthropy Month was designed as a global celebration to commemorate the United Nations Year and Decade of People of African Descent. Although the observation was created only 10 years ago, Black people have been helping each other survive and thrive well before our ancestors came to the Americas in chains or by choice.

For instance, 2020 marked the 100th anniversary of the Tulsa Race Massacre—a brutal two-day attack on a prosperous all-Black neighborhood by a violent white mob. Although the governor at the time, a white lawyer and judge named James Brooks Ayres Anderson, publicly condemned the actions of the perpetrators, no one was held accountable for destroying more than 35 city blocks, displacing more than 6,000 people or causing an unknown number of deaths. No one was tasked with the cleanup either, hence the battered residents of Greenwood mobilized their own 5 Ts in the immediate aftermath of May 31 to June 1, 1921, to rebuild what was left of Black Wall Street.

Although progress has been made, the Black community as a whole has yet to fully recover from the original sins of America’s forefathers. In 2021, Black Americans are still fighting for freedom from overt and covert racism amid a cultural schism that has one side looking at the era of our enslavement with nostalgia and the other just wanting to breathe. So, it comes as no surprise that lifting each other up from the rubble of race-based injustice is an unavoidable part of the Black experience. But we know that already. Social media has given the world a front-row seat to what feels like the never-ending taking of Black American lives like George Floyd.

Eight minutes and 46 seconds on May 25, 2020, widened the open wound of police brutality inflicted by white-centered law enforcement on Black bodies for the world to see, Black Americans to feel and non-Black Americans to react to, which they did like never before. Not only did Derek Chauvin’s knee trigger a tsunami of collective anger and action against bad cops, it also elicited a flow of cash from allies to Black-owned businesses and Black-led and serving nonprofit organizations.

The Economist reports more than $10.6 billion was donated to Black Lives Matter-related causes in 2020.

However, those of us who don’t have the privilege of viewing our pain from the safe distance of an electronic device know these donated dollars are just Band-Aids. They cover, but can’t and don’t cure the root causes of the trauma we share, nor remedy every inequity in our communities.

For one, they often come with strings attached. Whether that’s a placard for a major donation, or “Likes” for posting a black square on Instagram, some non-Black philanthropists who give to Black causes expect accolades or some other form of public acknowledgement for “doing the right thing.” What’s more, some feel entitled to hold beneficiaries accountable for how their gifts were applied. “Where is the money going?” is a question that’s been asked by CNN, the Los Angeles Times, Buzzfeed News, and other national outlets consumed by mostly white audiences. Is it offensive? Yes. Is it surprising? No. For every white ally who is able to check their privilege at the door, there are more who perform philanthropy for all the wrong reasons. And this is why Black philanthropy matters. Because when we give to each other, the legitimacy of our crises or our competency to address them is rarely, if ever, questioned.

Secondly, contributions to Black-led and serving organizations are often designated to address the symptoms of an issue in our community rather than interrogating its cause. Oftentimes, these organizations are formed by Black people who’ve experienced a need, found a way to meet it, and mobilized their 5 Ts, and others, to make sure others in the Black community with similar needs are supported. Given increased and flexible resources, these organizations can begin to dismantle the root causes of racism and systemic oppression. Like Desmond Tutu says, “There comes a point where we need to stop just pulling people out of the river. We need to go upstream and find out why they’re falling in.” Many Black community organizations are doing both – addressing systemic issues (going upstream) and providing direct services (pulling folks out of the water).

Black philanthropists in Colorado have been giving more than what is in their wallets to move us forward for decades. Our “village” includes well-known and cherished organizations like Cleo Parker Robinson Dance as well as lesser-known but deeply impactful groups that you might be surprised to learn have been around for decades. We’re home to The Park Hill Pirates Youth Sports Organization, local chapters of The Links Incorporated, Delta Eta Boulé, The Owls Club and Sam Cary Bar Association, and many legacy organizations that’ve inspired new generations of givers.

Denver African American Philanthropists (DAAP) is the first African American Men’s giving circle west of the Mississippi River. Established on May 15, 2012, it strengthens local, Black-led nonprofit organizations through targeted investments of their 5 Ts. Following in their footsteps, DAAP is joined by SPIN, Sisterhood of Philanthropists Impacting Needs, and most recently Women of Color Making A Difference (WOC MAD). They represent a growing national network of participatory philanthropic groups who leverage their collective resources and create the change they wish to see in their communities.

While giving circles may seem like a new concept to the philanthropic sector, their practices mirror those of The Divine Nine, a group of historically Black Greek letter organizations that make up the National Panhellenic Council. Steeped in traditions of sisterhood, brotherhood, unity and community service, giving back is a shared pillar among them all.

Together, they’re working collectively to increase access to better education, health and economic outcomes for Black community members while standing in solidarity with other marginalized groups.

“For many of us, giving back has been an integral part in how we were raised,” said Herman White, co-founder of the Denver African American Philanthropists. “Forming DAAP was a collective calling. We came together, placing our egos aside to formalize and strengthen our community. We strategically and intentionally target investments through our 5 Ts; thus, helping to address some of the communities greatest needs.”

Full Circle: Black Philanthropy from the Inside Out

Collective giving not only leverages group giving to strategically invest in the Black community, but it also serves as a springboard for members to pursue their individual philanthropic passions.

Since its inception, Black Philanthropy Month has mainly focused on the history and impact of Black donors. What typically isn’t highlighted is the growing number of Black professionals here in Colorado who are addressing systemic oppression from positions of leadership within traditionally white-led philanthropic institutions. It’s important that we broaden the spotlight to include the Black men and women who are leveraging their 5 Ts in rooms where people around the table don’t look like us but make decisions that affect us.

Karen McNeil-Miller, president and CEO of the Colorado Health Foundation, and Lauren Y. Casteel, president and CEO of the Women's Foundation of Colorado, are two Black women who collectively oversee the distribution of millions of dollars in grants each year across the state. McNeil-Miller also gives of her talent as board chair for the Association of Black Foundation Executives, and board member of Campbell University, College Track, Denver Academy and Healthier Generation. Casteel is the first and longest serving Black philanthropic sector professional in Colorado as well as the first person in Colorado to lead three foundations. She possesses more than 20 years of philanthropic leadership as well as a dedication to inclusiveness across gender, racial, economic, ethnic, military, abilities, and sexual orientation perspectives in Denver and throughout Colorado.

Know their names, know their impact and know that you too can have a voice in the rooms of institutions whose mission it is to support the under-resourced communities in which many of us live, work, play, and pray.

“Philanthropy is not a transaction. In order for change to happen, there need to be engagement and dialogue which helps bring a strategic focus on how we can make a collective impact,” said Karen McNeil Miller. “The Black community has a long history of philanthropy that comes from resilience and optimism – because you really can’t have one without the other.”

Though the numbers of Black people working in philanthropy have increased, COVID-19 escalated racial injustice and exposed that traditional white-centered philanthropy has a long way to go in order for Black communities to move beyond survival mode. Going forward there must be a doubling down in recognizing and creating intentional space for more equitable investments of time, talent, treasure, testimony, and social ties, into backing Black leadership and Black-community-led solutions. Additionally, we need more voices of Black and indigenous people of color in white institutions who can speak truth to power without reprisal. They’re out there, they’re here in Colorado, and they are making a difference for, and in, our community.

Thank you for all that you’re doing, and happy Black Philanthropy Month!

Editor’s note: Black Resilience in Colorado (BRIC) Fund of The Denver Foundation is the first Black-focused community fund established in Colorado, explicitly providing financial resources and support to Black-led and serving organizations. Established on Juneteenth (June 19) 2020, BRIC is more than a fund, and addresses systemic racism and inequities that negatively impact Black communities throughout the seven-county metropolitan Denver area and beyond. For more information, visit bricfund.org.