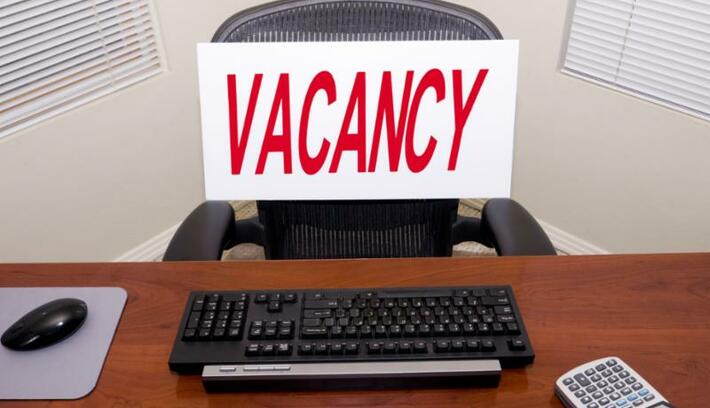 Job Insecurity during the Pandemic

Job Insecurity during the Pandemic

Political leaders, news outlets and corporations like Amazon and Walmart have taken to calling service workers heroes for continuing to work during the pandemic. But many retail and service workers are worried about lack of job security, financial support, and protection from unsafe work conditions caused by abusive customers and poor management.

For more than two years, Daniel Pineda was a server at a movie theater where customers could have dinners, desserts and cocktails brought to their table while they watched movies. Then the public became more aware of the threat COVID-19 posed, and theaters began to close their doors.

“This was early March. It was before masks became a big thing,” Pineda said. “They were starting to tell people not to shake hands. Wiping down was kind of a big thing, so we started wiping down menus all the time. But then we just shut down.”

After losing his job, he was on unemployment benefits for a while. Then he worked as an Instacart shopper. After that, he was an Uber Eats driver. He also worked for the Jefferson County elections office as an IT guy making sure that election judges had internet access.

He always knew he was going to get vaccinated, but he struggled finding a place to get the vaccine.

He received the Johnson & Johnson vaccine. The side effects he felt afterwards were unpleasant, but what concerned him was getting the vaccine two days before the CDC and the FDA recommended pausing the use of the vaccine due to six reported cases of blood clotting. For a while, he worried that it was an ineffective vaccine.

When it came to COVID-19, he said that he had more concerns for the people around him than for his personal health.

“I was worried about catching something and passing it onto somebody older or who had health issues,” he said.

Two weeks after being vaccinated, he started working as a server for an Irish bar and restaurant. According to Pineda, people would complain about regulations all the time. They would ask him when they would be able to take their masks off and when he and his fellow coworkers would take their masks off.

But now the CDC has changed the mask guidelines so that individuals who have been fully vaccinated for two weeks or more do not have to wear masks in indoor spaces. At first, he thought working mask-less felt strange.

“The first couple of days it felt scandalous going without a mask. But as far as personal health concerns, I hadn’t really thought much,” he said.

Alicia, an employee of a large market chain who requested her last name be withheld, felt that the company acted quickly when COVID-19 became a concern.

“It felt like I had literally heard about COVID, and then that same week they were like, ‘Pull all the samples, pull everything back.’ And then two days later, everyone was required to wear masks,” she said.

But she also felt that the company failed to maintain many of its promises about protecting and taking care of employees during the pandemic. According to Alicia, her employer provided paid time off for workers to quarantine the first time they suspected they had COVID-19 or were exposed to someone that had the virus. She was concerned that she and her coworkers would not have financial support if they were to get COVID-19 or were exposed to someone that had COVID-19 and had to quarantine again.

At the start of the pandemic, she said several coworkers didn’t have enough paid time off accrued. Employees could inform leadership of their dire financial situation while sick. Management would then ask team members to donate their paid time off (PTO) to coworkers. But she felt that such practices were unfair considering the PTO fund removed responsibility from the employer having to provide adequate paid sick leave for their employees. She knew of several coworkers who were hospitalized with COVID-19 and had to resort to asking for the PTO fund.

The company pays employees $80 to get COVID-19 vaccines. While she thought that the paid incentive did encourage some employees to get vaccinated, she felt that the prospect of not wearing masks was an even bigger incentive than payment for many coworkers. She was concerned about the company’s vaccine verification methods.

“(They) didn’t require verification if you were vaccinated or not to obtain that money or to not wear masks – you just had to tell them dates. They didn’t have to see your vaccine card or see proof of scheduling or anything else. I believe there are people in our company who have abused this process,” Alicia said.

She and everyone on her team so far has received their COVID-19 vaccines. Still, it was a struggle for employees to maintain social distancing when the number of customers in the store seemed to double overnight due to the pandemic. She also didn’t feel that her store’s management kept their employees safe from abusive customers.

She also said that the sexual harassment she and other co-workers experienced from customers increased after mask regulations. One such customer continued telling her that if they didn’t have to wear a mask in the store, they might as well start kissing everyone.

“A lot of it stopped with COVID, and now it feels like it’s ramped up to compliments, being intrusive, and asking things that are inappropriate … One of our other co-workers got her butt touched by a customer because he thought that she was pretty,” Alicia said. “Our assistant manager handled the situation and threw the customer out, but I can tell you that some of the other management there would probably not have done anything serious enough because they don’t understand it, and it’s happened before.”

According to Caitlin Ohler, a previous employee at the large market chain, the company would only provide paid time off if the employee provided proof that he or she contracted the virus from working at the market. She also said that the company stopped paying their employees the extra two dollars for hazard pay back in July 2020, during the height of COVID last summer.

Ohler now works for another retail company, which she believes has better support for their employees during COVID-19 than her previous employer. According to Ohler, her workplace pays employees that have been infected with the virus regardless of where they got it. The company continued to pay their employees hazard pay until the vaccines were released. And when an employee reports that they have COVID-19, the store has the department where the employee worked disinfected. The store also provides the COVID-19 vaccines for their employees free of cost.

“You just had to go to the pharmacy and make an appointment to be vaccinated,” she said.

While Ohler feels that her employer tries to protect their employees as a company, she is concerned about how management within individual stores takes care of their customers and employees. She said that at her location, everyone wears their masks in the front where the cashiers are. When she first started working at the store, she was at the front and always wore her mask. But while customers were only allowed in if they had a mask, she noticed that there were customers who would take off their mask once inside.

“I did a couple of days of working at the door. We were supposed to ask people to keep their masks on, but then as they got further into the store, they would take off their masks and no one would say anything until they got back to the front end,” she said.

Then she was sent to the fresh food departments – the back of the store where the meat and deli departments are – and saw that not all of her coworkers wore a mask either.

“In the fresh department, no one sees and no one cares, and it’s the manager’s job to say something, but they didn’t,” she said.

She also said that at her location’s deli department, a supervisor contracted COVID-19 and was showing visible signs of coughing and sneezing on people. Still, she kept showing up to work while other employees had families with autoimmune diseases. She said the supervisor finally tested positive for COVID-19 and was sent home, but was promoted once she returned to work.

While Ohler was working in the bakery department before she had gotten her COVID-19 vaccine, her bakery manager told her that because she was young, she “would probably survive” if she ever got infected with COVID-19.

“The manager in the bakery kept pulling his mask down along with a lot of other employees. Then he got COVID, another person back there got COVID, and then I got COVID,” she said.

When the manager returned to work, he told Ohler and the rest of the department that everything would be fine because now they all had immunity from COVID-19. Ohler had intense flu-like symptoms for several days. She lost her sense of taste and smell for months.

“He just acted like nothing could touch him,” Ohler said.