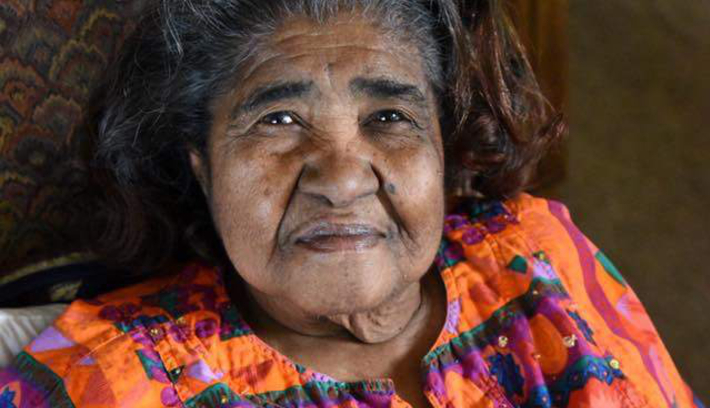 Mama Zona: She Lived the Dream

Mama Zona: She Lived the Dream 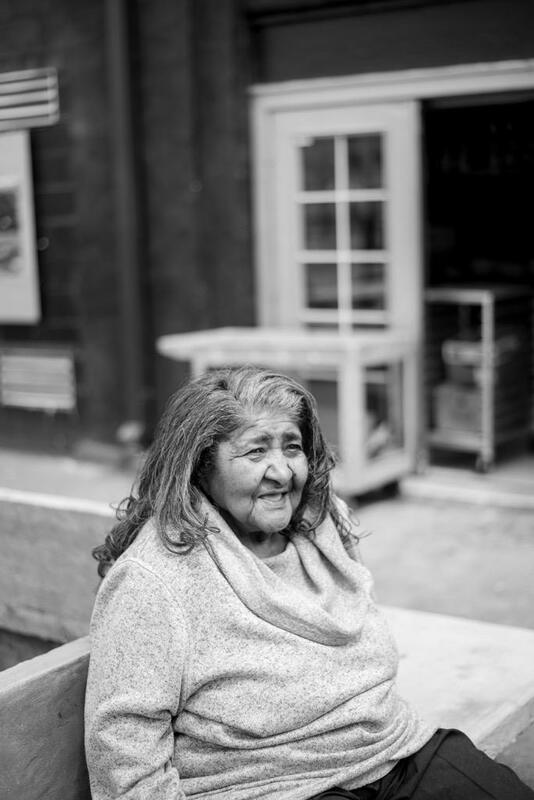 “She’s the strongest woman I know,” said Darnell Ward about his grandmother during her celebration of life service on April 12 at Zion Baptist church. Zona Moore passed away in her sleep at the age of 95 on March 27.

During his remarks he highlighted historical milestones that she witnessed in her lifetime, including four-time gold medalist Jessie Owens at the 1936 Olympics, Jackie Robinson integrating Major League Baseball in 1947, the 1954 Brown versus Board of Education of Topeka decision prohibiting racial segregation in public schools, and Rosa Parks pivotal role in the 1955 Montgomery bus boycott. Ward continued by noting Dr. Martin Luther King Jr.’s “I Have a Dream” speech at the March on Washington for Jobs and Freedom in 1963, as well as the 1990 release of Nelson Mandela from prison and his subsequent role as president of South Africa.

The proud grandson pointed out that Zona voted for Barack Obama, the first African American president of the United States and she was alive to see Kamala Harris, the first woman and person of Asian and African American descent to take office as vice president of the United States. Finally, Ward added that Zona was alive to witness her favorite NFL team – the Denver Broncos – win multiple Super Bowl championships.

The truth is that “Mama Zona,” as she was affectionately known, made her own history as the owner of Zona’s Tamales located at 713 E. 26th Avenue, directly at the center of Denver’s historic Five Points neighborhood. Her historic run from 1972 to 2010 started as a dream for the Texas native.

Born Zona Porter in Longview, Texas in 1925, she attended school in the nearby city of Tyler and worked to help family. She married twice before moving to Texarkana with her second husband, Willis Moore, and their 13 children. During this time, she also amassed a lot of experience working in the biggest, poshest hotels in Dallas. She was inspired to be her own boss one day, specifically by owning a hamburger place. It wasn’t long before she and her husband established a restaurant across the street from their home. That would be short-lived when she received a heads-up from her sister, Rosie Lee Haggerty, who had relocated to Denver and told her it was a city of opportunity.

Eventually deciding to make the move, her husband went ahead of the family to secure work. Three months later Mama Zona and the children followed. Their first stop was the Five Points neighborhood, also known as the “Harlem of the West.”

It was indeed the land of opportunity.

According to ModernCities.com website, “Located along the railroad, Denver attracted African Americans seeking jobs at nearby railyards, creating a thriving community and commercial corridor along Welton Street. Between 1950 and 1960, the neighborhood’s Black population doubled, exceeding 30,000 residents. During its heyday, Welton was home to more than 50 bars and clubs, attracting popular traveling Black musicians, such as Dizzy Gillespie, Billie Holiday, Miles Davis and Duke Ellington. Like many Jim Crow-era Black communities, Five Points declined in the years following integration as its economic base could no longer remain dependent on segregation.”

Zona secured fulltime work as a nurse’s aide for five years. During this time, she had her 14th child. The deep desire to operate her own business was nonwavering. The business-oriented mother found opportunities to buy houses with her husband, a liquor store with her son John when he returned from the military, as well as a restaurant called the Tamale King. After the owner died, she immediately made an offer to take over the restaurant. It was well established, manageable, and in a great location.

It was a significant location at the corner of 26th and Welton Streets, according to three-term Denver Mayor Wellington E. Webb.

Zona’s “was a community landmark. As a child growing up in Denver, I remember when that location was the home of Ritz Cab and to see it continued as a Black-owned business maintained some continuity of Black ownership and business,” says Webb, Denver’s first African American mayor as well as a frequent visitor of Zona’s Tamales. “It’s very important to support minority and women-owned businesses citywide. That’s why as mayor I pushed for women and minorities to have a seat at the table for all projects, including being the first mayor to open contract bidding for the concessionaires at Denver International Airport.”

Meet You Down at Zona’s

Over the years, everyone seemed to have taken on their own term of endearment for Zona’s Tamales. In any given conversation, it would be referred to as “The Pig Ear Stand” or “Zona’s,” but everyone knew where to go.

“Soul food is a taste of home,” according to Adrian Miller, Denver-based author of the book “Soul Food: The Surprising Story of an American Cuisine, One Plate at a Time” and executive director of Colorado Council of Churches.

Miller, who underscores that there is not one type of food for Black people, says that Zona’s pig ear stand offered a connection to the community. It was also unique as it was on the checklist for many out-of-state business leaders to visit when in town. Restaurants in faraway places, such as Tennessee, would often order her pig ears.

The longevity of Zona’s is a “serious success story,” says Miller, also a lawyer who served as special assistant to U.S. President William J. Clinton and deputy director of the President’s Initiative for One America, the first free-standing White House office in history to examine and focus on closing the opportunity gaps that exist for minorities in the country.

He points out the many challenges facing Black-owned businesses from limited access to capital to the select words restaurant critics may use in their reviews when describing what part of town the restaurant is located. Zona’s challenges also included the ramifications of gentrification, often relegating her place of business as a destination restaurant as opposed to a place where once-loyal neighbors could just visit with a walk down the block.

Nelson adds that Zona’s Tamales endured the multi-year construction of Denver’ light rail on Welton Street that opened in 1994, and runs from downtown to the 30th and Downing Street Station. The construction was happening just yards away from the business.

In this day and age when the spotlight is being directed on the accomplishments of African American women, Miller says, “Black women as entrepreneurs is an old story. They’ve been in the money game for a long time.”

Case in point, Zona, who was among businessowners who helped to organize the Five Points Business Association, continued investing in new business ventures after her pig ear stand was well established. In the early 1990s, she added Zona’s Cafeteria – a sit-down restaurant with meals served on China dinner plates. She passed along her passion for business to her family.

Daughter-in-law Jacqueline Moore notes, “Almost everybody (including herself) learned how to work at the cafeteria or the pig ear stand.”

Her great-grandson Tavaris Williams says that she “was my first boss. We’d have great conversation then get back to work.”

He adds, “She didn’t care about your walk of life; she loved everybody.”

Her daughter Reta Ward describes her mother as a jewel.

During Zona’s service, numerous resolutions and condolences were read, including one from Bishop Jerry Demmer of The Absolute Word Church who noted that she fed so many people whether they had money to pay or not.

Jacqueline, also an evangelist, recalls during family events that passersby would mistake the gathering for a church service or public event. Mama Zona didn’t mind. Jacqueline says her mother-in-law would tell them to come get a plate. “Everybody was her family. There’s no one she wouldn’t feed. Feed them with love. But lecture about changing their life for the better. She was a virtuous woman. She taught hard work and diligence. Everything had to be with God and through God.”

Webb says, “She will be truly missed as she provided a resource and stability on the Welton Street corridor.”

Jacqueline says she was a matriarch of the Five Points community as “her life touched many in this community down through the years.”

Pearls of wisdom that she often shared with her family were shared in the Celebration of Life program. “Follow your own dream…she would tell you don’t let anyone talk you out of it.”

“Don’t mix with the wrong people. If you see trouble coming, get out of the way.”

“When trouble comes and you’re facing a problem, say a prayer. Try mine – ‘Lord, help me and show me which way to go.’ I guarantee God will answer you. Do everything possible to help yourself. Sometimes it’s hard but you have to keep pushing, no matter what.”

With the pig ear stand closed for more than a decade now, the phrase: “Meet you down at Zona’s” is no longer spoken. But because of the memories she created at that spot, owners and employees at new businesses in the area might as well give in when identifying their location and say something to the effect of: “We’re around the corner from where Zona’s used to be.”