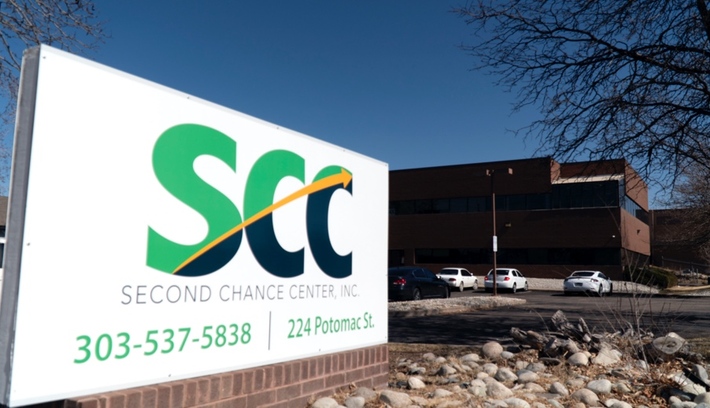 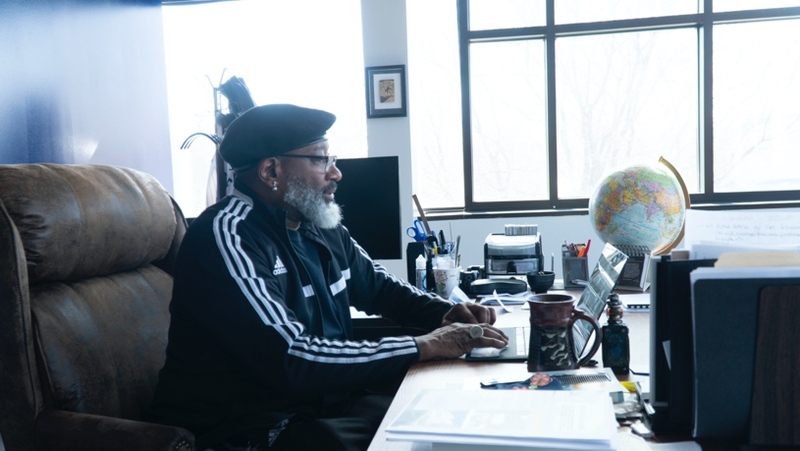 On January 4, 2021, the Second Chance Center re-opened to the public after moving into its new headquarters on 224 Potomac Street in Aurora with over 13,600 square feet of space.

Founder Hassan Latif explained that due to COVID-19 concerns, they were forced to postpone any opening ceremonies and got straight to work acclimating to the new location.

“We owe the community a couple celebrations; we owe them a couple parties,” says Latif.

The Second Chance Center is focused on a community-driven approach with its goal of assisting the formerly incarcerated to integrate back into society. 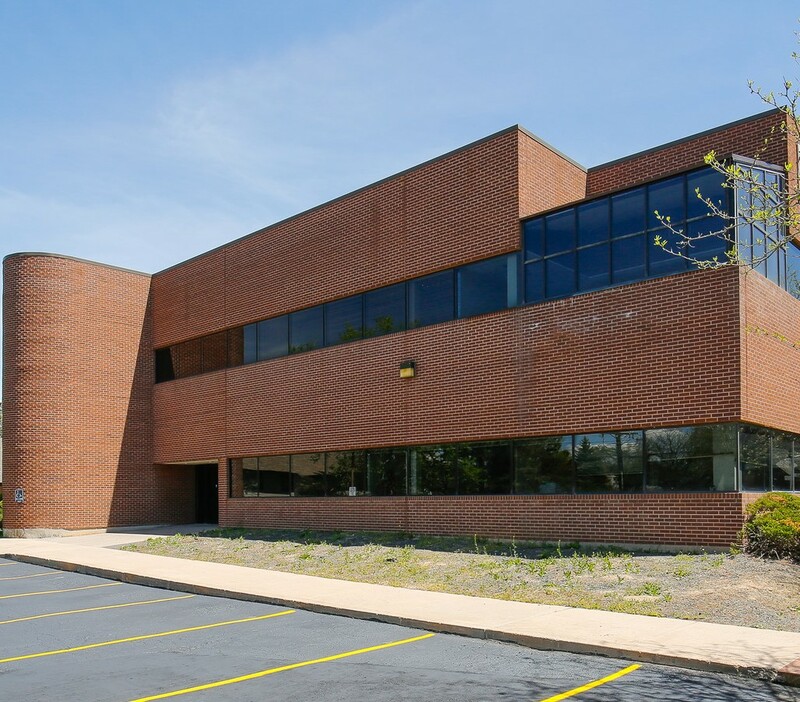 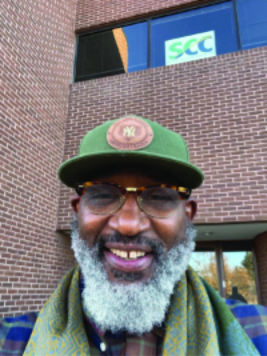 where people can get to us easily and right in the community like that. But over time we also found that for some of our clients it was a challenge in them being triggered just by being up and down Colfax and being reminded of previous lives spent up and down that strip.” Latif says.

Their new location was selected with the purpose of assisting their clients to avoid encountering the echoes of the lives they used to live.

“So, when we were looking for another place we wanted to get off of the ‘fax. We wanted something big enough to handle our current needs and leave room for some growth and then COVID happened and made everything more urgent,” he says. 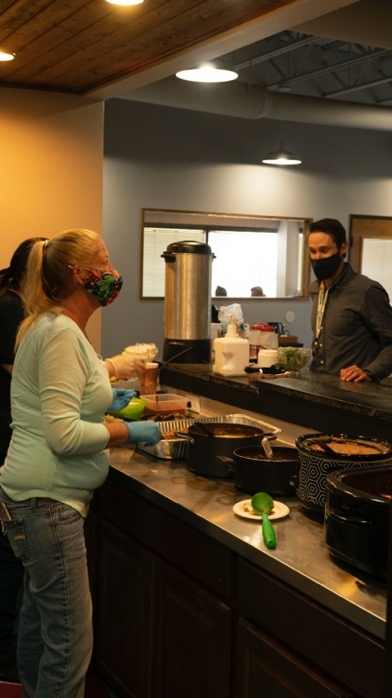 With a commercial kitchen, an expansive food pantry, a fitness center, multiple computer labs, a prayer room, and enough office space to facilitate the work of 31full-time employees, the new headquarters provides the room to continue the Second Chance Center’s growth as well as the personal growth of clients.

Reintegrating into society is a daunting challenge. When your debt to society is paid in full, how do you get back to daily life? That is a question that follows every prison sentence, but the answer is typically found in isolation and after enduring great difficulty. With the Second Chance Center, Latif is working on changing that.

He experienced the exact experience shared by all of his clients exactly 15 years before the opening of the Second Chance Center’s new location. On January 4, 2006, Latif was released from prison.

He had completed reentry programs while incarcerated as well as upon his release, even working for one for a few years. Each had their own method of helping the formerly incarcerated ease their way into life after prison. Through these experiences he built the foundation of a program of his own that has formed into his life’s work.

“I saw some things that I thought could be done differently and get some better outcomes. So, in 2012, I just stopped being scared and started Second Chance Center,” Latif says. “I really wanted to try to develop an approach that would serve folks that didn’t have the experience that I did in a formalized setting, and that we could help them work on the same kind of thing.”

Providing Understanding, Trust and a Sense of Belonging

On February 11, 2012, he created the program that would become the center. From its humble beginnings when the center’s headquarters were Latif’s car, the center expanded to find a home in one building and now in its second location in only nine years.

He took what worked from previous programs and utilized what he found helpful through his own personal development. This first-hand knowledge may be one of the most critical aspects that makes maintaining the low 9% recidivism rate held by Second Chance Center programs over the past seven years possible.

Recidivism is when a convicted criminal reoffends and returns to prison, so a low recidivism rate shows that a program is successful. With the Colorado District Attorneys’ Council reporting the recidivism rate in Colorado as 50%, the Second Chance Center’s success in cutting that statistic down to less than a fifth with its program participants is notable.

Chris Cox first encountered the Second Chance Center on September 1, 2019, after serving 20 years in prison. He credits the attentiveness he found at Second Chance Center as one of the primary reasons he was able to stay out of the viscous cycle of repeated offenses that so many formerly incarcerated endure.

“Parole was hitting me with so much stuff left and right, that after like two weeks, I was ready to go back to prison,” Cox says. “I walk in (Second Chance Center) one day and one of the care managers, she just, I don’t know I guess it was all over my face or whatever, because she looked right at me and goes, ‘You’re ready to go back to prison, aren’t you?’ and I said, ‘Yeah I am.’ So, they kinda encouraged me to be around every day after that.”

After taking notice of the toll the inner turmoil Cox was battling, the staff also encouraged Cox to lean on his strengths when facing the adversity of reintegration into society.

“I was always a pretty mechanical person so while I was there and waiting for help on something, or there to get lunch or breakfast, I’d see something that was needing a little bit of attention around there like a leaky faucet or something, and I’d go over and mess with it. Pretty soon they ended up offering me a job in maintenance,” Cox explains.

“Being around people that understand, people that can relate, and people that you feel you can trust,” are what Cox attributes as the biggest draw that the Second Chance Center has to offer, which separates it from other similar programs.

Latif ensures that this sense of understanding and belonging is by design. 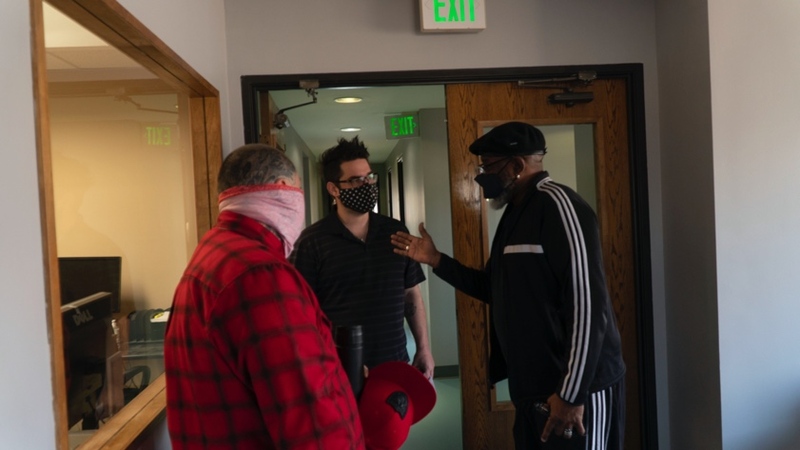 “We have a simple formula at Second Chance Center, and that’s thoughts plus feelings equals behavior,” Latif says, “and our belief is that, unless people really get to come to grips with understanding how they think and how they got to think like that and examine their feelings (…) the likelihood that any behavior change is gonna be sustainable is really, really minimal at best.”

Half of the staff consists of formerly incarcerated people, a few are former participants in the programs that Second Chance Center had to offer, and five are former interns from local universities that wanted to continue their careers at the center. They also have employees who have never been within correctional facilities themselves but come with the experience of being a loved one to someone who was formerly incarcerated or dealt with substance abuse issues or mental illness, and have intimate knowledge of the issues that lead to incarceration and the struggles that come along with it.

The breakdown of the employee demographics shows their dedication and passion for helping and being there for those who need it, with a focus on coming from a place of acceptance and understanding over all else. And it all stems from the leadership exhibited by founder Hassan Latif.

“One of the biggest differences about how we go about it is that whole provider-recipient power dynamic is something that we reject. Instead, we choose to partner with our folks, you know. And for many of them that’s very important because most of our folks have felt apart-from, as opposed to a-part-of, most of their lives,” Latif says.

The center continues to expand and evolve. They are increasing their presence with investments into the Aurora community.

“Successful transition is a matter of community health, and that’s not just a slogan for us, we really believe that. That if our folks are successful in coming back to community, community as a whole is going to be healthier and safer,” says Latif. 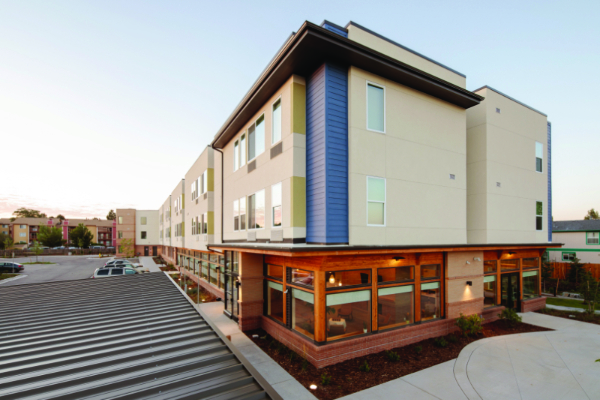