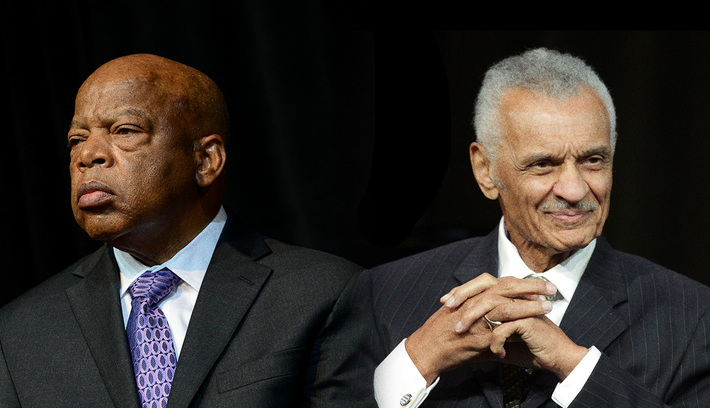 Lewis and Vivian: The Flame to Fight

Lewis and Vivian: The Flame to Fight
Tribute by Jamil Shabazz

It takes a fortified resolve to resist striking back at a billy club or a balled fist. It takes noble courage to sit at a lunch counter or ride a bus, when the ultimate consequence of those activities could mean sudden death. In pursuit of our freedom, John Lewis and C.T. Vivian endured those atrocities during the Civil Rights Movement, both emerging unblemished on the other side. In their time crusading often on unpaved earth, what never diminished for Vivian and Lewis was the internal flame to keep fighting the good fight.
Traveling down the road of life, inevitably our journeys will intersect with someone whom we share a mutual destination. John Lewis and C. T. Vivian met in Nashville, Tennessee in 1960, as both were part of the Nashville Student Movement, an organization that challenged racial segregation in Nashville and throughout the South. In 1960 under the guidance of non-violent tactician James Lawson, Lewis and Vivian along with the Student Nonviolent Coordinating Committee (SNCC) participated in non-violent sit-ins in the Nashville area. In 1961, the pair was part of the violent and necessary Freedom Rides. In 1963, Vivian helped organize the March on Washington for Jobs and Freedom. On the day of the march, Lewis delivered an impassioned and fiery speech, the youngest orator on the historic panel of presenters. In 2011, Lewis was honored with the Presidential Medal of Freedom, one of the highest civilian honors in the United States; Vivian received his two years later in 2013. 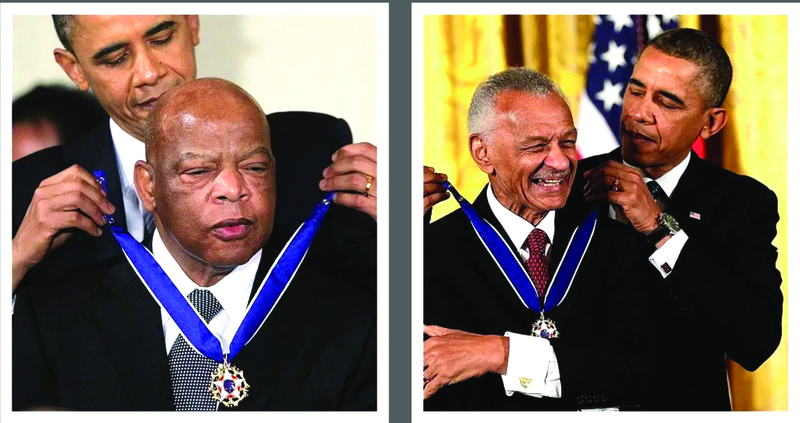 ”For as long as I am able, I will continue to fight for equality, progress, and justice.”
-John Lewis, October 9, 2012, in a letter to Rosalind “Bee” Harris

John Lewis was born to sharecroppers on February 21, 1940, in Troy, Alabama. Inspired by the activism involved in the Montgomery Bus Boycott, he decided to become a part of the Civil Rights Movement. Lewis graduated from the American Baptist Theological Seminary in Nashville, Tennessee, an ordained Baptist minister. He also earned a bachelor’s degree in religion and philosophy from Fisk University. In addition to being a Freedom Rider and keynote speaker at the March on Washington, Lewis led the protest march in Selma, Alabama, where his skull was fractured and many others were injured, giving the event its name: “Bloody Sunday.” Lewis was one of the few civil rights leaders who extended his fight for human rights and racial reconciliation to the halls of Congress, serving from 1986 to 2018.

Cordy Tindell “C.T.” Vivian was born on July 30, 1924 in Howard County, Missouri. Vivian participated in his first sit-in demonstration, successfully integrating Barton’s Cafeteria in 1947. In 1961, Vivian joined the Southern Christian Leadership Conference (SCLC). Two years later Vivian was promoted to the executive staff of the SCLC when Dr. Martin Luther King, Jr., named him national director of affiliates.
Vivian was chief strategist for every SCLC organization on issues such as education, voter registration, non-violent direct action and community development projects. In 1969, Vivian wrote one of the first books (Black Power and the American Myth) to provide an in-depth, inside view of the Civil Rights Movement. In 2008, Vivian founded and incorporated the C. T. Vivian Leadership Institute, Inc. (CTVLI) to continue his life work of mentoring and leadership. 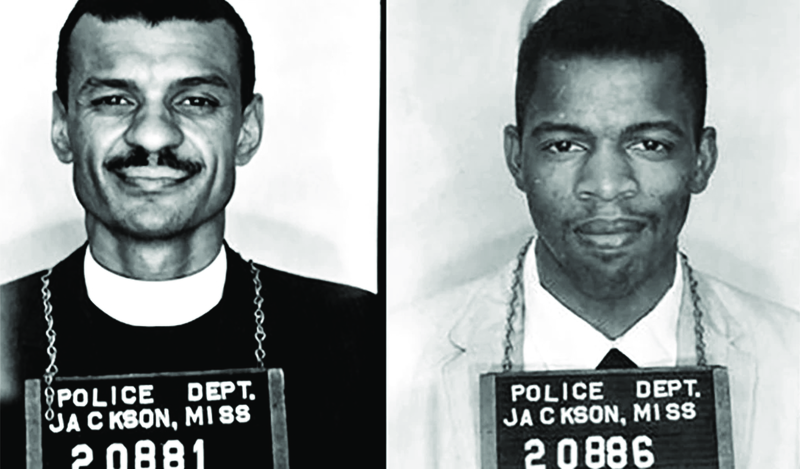 1 Timothy 6:12
Fight the good fight of the faith. Take hold of the eternal life to which you were called when you made your good confession in the presence of many witnesses.

On July 17, 2020, Lewis and Vivian intersected again,
heading down the path to eternal life.
They passed the torch; we must keep up the fight.