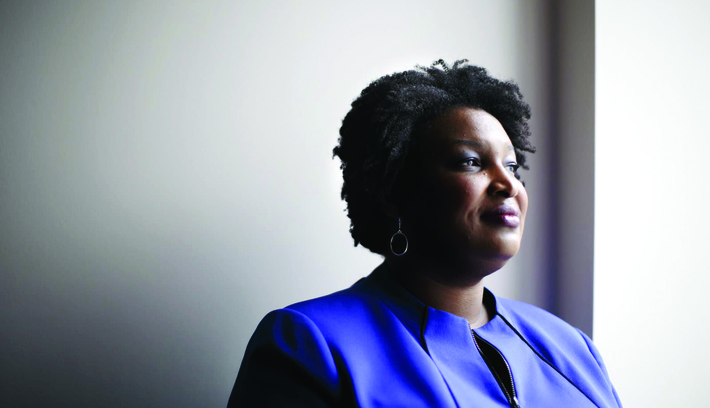 Out of the volatile, stormy and chaotic political climate raging the nation under the current presidential administration, an inspiring breath of fresh air has breezed through the state of Georgia, via Mississippi’s own Gulfport. 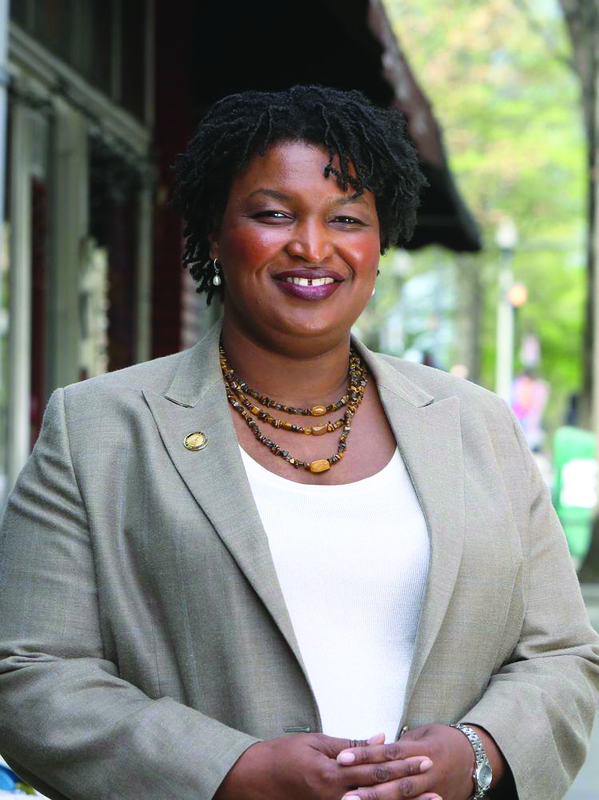 Stacey Abrams is making national headlines as she focuses on a potential history-making achievement. She already made history and raised eyebrows of many in the political arena, all who are watching closely.

When the 44-year old former minority leader of the Georgia House of Representative won the Democratic primary for Governor of Georgia in May, she became the first black female major party gubernatorial nominee, not only inherstate, but in the history of the United States. On Nov. 6, Abrams will run against Secretary of State Brian Kemp in the general mid-term elections.

Abrams’ quest to be the nation’s first Black female governor will not be easy, but a look at her past accomplishments has demonstrated more than enough of the intestinal fortitude needed to succeed. The city of Gulfport is a witness to such qualities from Abrams, since much of them were honed and developed during her adolescent years there.

Abrams will return to the location of the heart of those growing years that helped define her. On August 26, she is slated to be the keynote speaker for the Gulfport NAACP Freedom Fund Banquet. She will likely reunite with her parents, Robert and Carolyn, who returned to Mississippi from Georgia, now living in Hattiesburg, along with other former acquaintances.

Abrams, one of six children, had already strived for history-making endeavors. Living in Gulfport through the 10th grade — before her family moved to Georgia – she became the first African-American to represent Mississippi in applying for the prestigious Rhodes scholarship (she was unsuccessful).

In an interview the Mississippi Today, Abrams described her upbringing in Gulfport, living where her family was part of what her mother called “the genteel poor,” which meant that “we had no money, but we watched PBS and read books. When the family’s water was cut off, her mother would call the resulting situation ‘urban camping.” 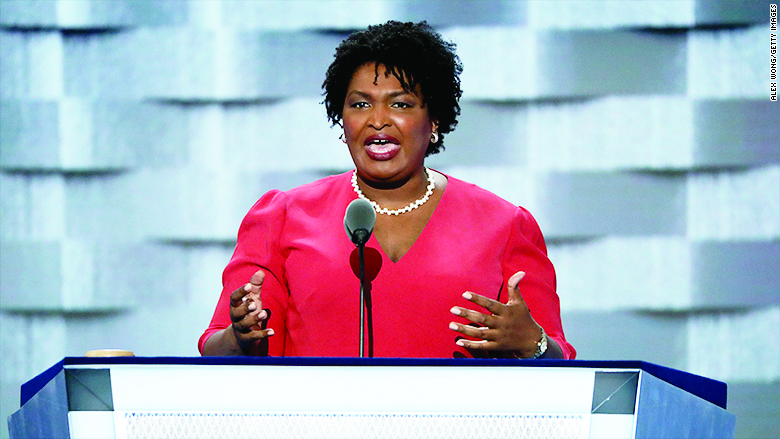 Abrams’s mother worked as a librarian; her father was employed as a dockworker.
In a radio interview with Amy Goodman of “Democracy Now!” Abrams said: “My parents grew up in abject poverty. My dad’s joke is that he was from the wrong side of the tracks, and my mom’s from the wrong side of the wrong side of the tracks. My mom’s family was incredibly poor, so much so that she actually dropped out of elementary school because they couldn’t afford the segregated school bus. And it took a neighbor and some really good friends at the school to get my mom back to school. And she became the only one of her seven siblings to finish high school. My dad is dyslexic. And he grew up in an age where dyslexia wasn’t understood, and if you were a young black man with a learning disability, they just wrote you off as stupid. My father overcame that, and he became the first man in his family to go to college. My parents went off to college. They went to—my mom went to grad school…They had moved out of abject poverty into workingpoverty, because even though they had good jobs, my mom sometimes made less money than the janitor, and my dad couldn’t get a job in an office because of his learning disability.”

Undaunted, the one thing Abrams’ parent made sure that their entire family was rich on was pure ambition and the will to achieve. She also saw them very active in community and ministry service, something that became embedded in her.

“My parents raised us to believe that our economic circumstances were not going to dictate our capacity,” Abrams told Goodman. “And so, you know, fast-forward. I get to college. I went to Spelman, had an extraordinary opportunity there and became the nominee from the state of Mississippi, one of two nominees, for the Rhodes scholarship, which I didn’t win. And I begin my story talking aboutthatfailure, because often that becomes the end of the story for so many of us. And my point was that not winning the Rhodes didn’t diminish my ambition.”

Previously, Abrams – just two years removed from leaving Gulfport – became the first African-American valedictorian at Avondale High School, outside Atlanta. She went on to attain her B.A. degree at Spelman College, earn her Master’s in Public Affairs at theUniversity Texas and got her J.D. from Yale Law School. 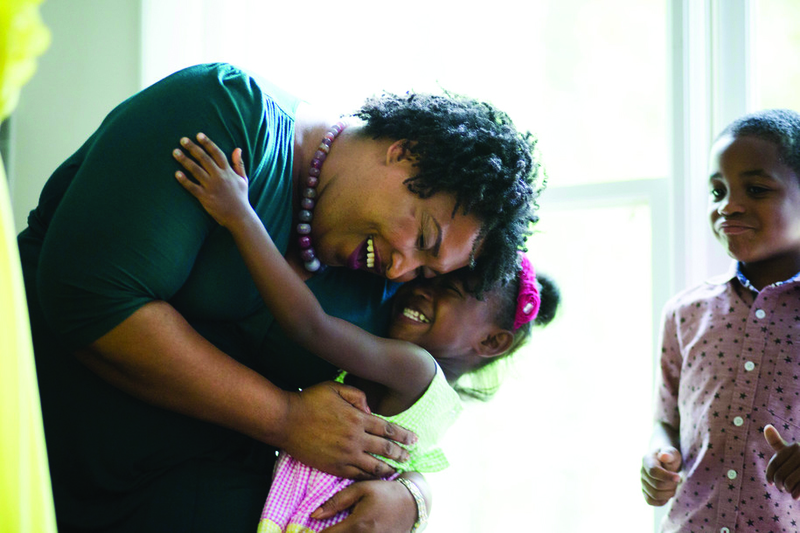 “She is excited,” Williams-Barnes told Mississippi Today. “We have a lot of hard work ahead of us to ensure she is elected governor of Georgia.”
Indeed, President Trump did win Georgia by 5 percent in the 2016 elections and it’s been nearly 20 years since the state has had a Democratic governor.

Yet, Abrams is one of several political women from throughout the countrywhohave made instrumental strides in hopefully injecting much-needed energy into the progressive and Democratic base still reeling from Donald Trump’s major upset presidential win in 2016 and working feverishly to regain momentum in what many feel are chaotic times in the Trump era.

Last April, LaTosha Brown was the keynote speaker at the Biloxi NAACP Freedom Fund Banquet. Last December, she and her organization, Black Voters Matter conducted strong campaigns in Alabama that resulted in a high black voter turnout, which was highly instrumental in the state’s special Senator’s race, where Democrat Doug Jones pulled a major upset over embattled Republican Roy Moore.

Former Secretary of Agriculture Mike Espy is vying for the other Senate seat that was vacated by the retiring Thad Cochran. He will go against interim Senator Cindy Hyde-Smith and conservative Chris McDaniel.
State Representative Jeramey Anderson is running against incumbent Steve Palazzo and Reform Party candidate Lajena Sheets for the 4th congressional district seat.

While considered highly unlikely by most political pundits, early projections suggest that a heavy voter turnout among African Americans, women and millennials could be enough to elect two Democratic Mississippi senators and a Democratic South Mississippi congressman.
The same scenario could push Abrams to a historic win in Georgia.

Political activists may be hoping that Abrams’ revisit to Gulfport will serve more than just a delightful reunion. Thus the question: Will Abrams’ current success, national notorietyand electric persona rub off on the South Mississippi progressive community, enough to help spark record high voter turnout for at least the three aforementioned very key elections in the state.
To turn around the current political climate, Abrams, with her Gulfport roots, serves as one of the bright beacons of hope.